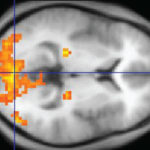 A research team recently revealed what they called a Cluster failure.

Most functional MRI studies conclusions may be erroneous because of their statistical basis. Widely used clustering inference techniques are actually pretty bad at properly inferring clusters due to “spatial autocorrelation functions that do not follow the assumed Gaussian shape”.

It means that “most common software packages for fMRI analysis (SPM, FSL, AFNI) can result in false-positive rates of up to 70%”… suggesting that some results were so inaccurate they could indicate brain activity that does not exist at all!. What is interesting is that neuroscientists are interpreting what they’re told by the statistical software rather than images.

These findings speak to the need of validating the statistical methods being used in the field of neuroimaging.

Therefore, 15 years of research on brain functioning could be invalidated!

But the issue is not limited to research but also extends to clinical use that is pretty worrying.

Image credits: fMRI by OpenStax from the Textbook OpenStax Anatomy and Physiology Published May 18, 2016 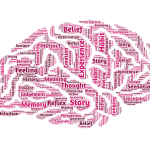