I’d like to say a few words about my latest impulsive buy: a geeky map about British TV shows. Graphic designer Tim Ritz has created The Great British Television Map, stretching from Nothern Ireland and Scotland down to London. 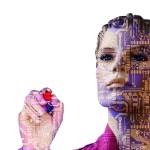 Why are men stronger than women?

Hope you’re doing well! I’m back for this first post of 2016 (sorry for being late).

Actually, in terms of cognitive and social skills women differ almost only when a pressure of social environment is observed. That’s true in several aspects of life: patriarchy influences skills and can be counterbalanced by education, civil right movements, … Women often performs as well as men (even better) in working life when self-confident or well-educated.

There also exists a bias in evaluating skills as a second explanation to differences. I know that scientific papers are often gender-oriented when observing or explaining a gender difference but I came across the best example ever of this bias: women source code gets more often accepted than men source code but the opposite occurs when evaluators are aware of the gender of developers. The main cause of differences is socially induced (either for the observed ones and for the evaluation bias) that’s why gender equality is necessary to ensure rebalancing.

But what about “natural” men’s superiority in terms of strength?

I must admit that the main argument of opponents to gender equality is that there may exist an ontological difference that would justify inequality. The fallacious argument is that men are biologically stronger than women. Besides the fact that this argument falls in the domain of explaining extremum sex differences (sex can be viewed as a continuum) instead of justifying gender differences (gender is also a continuum, thanks to human complexity) it is extremely interesting. Let me explain. Interestingly human male is, on average, stronger than female which is the exact opposite in the vast majority of the animal reign. The question is, why?

The difference is called a dimorphism, which cannot be explained by genetic differences because size genes can explain only 5% of the observed phenotypic variation. So what can explain the size differences and, ultimately, the strength differences?

As usual, the environment. At the species point of view, tallest females should have been selected (mainly regarding the contribution to gestation and breastfeeding, moreover a larger pelvis eases childbirth).

What we know is that short people are favoured in case of famine because they need less energy to survive. What if an organized penury of food has led to the size differences? We observed that kuru was more predominant in women in anthropophagic ethnic groups because they eat the worst meal rations, just after men. And more interestingly, it is noticeable that historically and in all cultures where women are shorter, they always used to eat less and worse than men.

The explanation is that size differences are not explained by natural selection but also by pure inequality in food access. That is the only one explanation that resists to multidisciplinary analysis.

This food access pressure which is a side-effect of patriarchy (a gender order) may act epigenetically (because genes only cannot explain the stature differences).  But the epigenetic aspect hasn’t been proven yet. An epigenetic effect would mean that genes are switched off by the induced food intakes but are still available. It is then possible that gene expression can be restored by normal food intakes across several generations. That is supported by the fact that we started to observe taller women.

Why does this epigenetic effect not affect men since women can give birth to either a boy or a girl? An explanation would be that this effect is sex-specific (just like the BPA effect over generations).

The lesson to be learned…

To conclude, even the fallacious argument that women are ontologically weaker is false. The mean difference in strength between women and men is actually due to male pressure and can probably be counterbalanced by equal access to food, a right. Therefore, gender equality applied to food access is more than necessary to allow women to have full rights over their own bodies. Promoting healthier food has changed habits in women. Raising awareness about the consequences of normal food intake among women may help them to (more) freely choose the physical appearance they want.

This post is evidently not the best argument in favour of gender equality. There are plenty of better arguments. I just wanted to tackle one of the favourite arguments of opponents to equality.