The benefits of mind mapping

Today, I’m back with a new post. I will present the advantages of using mind maps over concept maps. There are plenty of information mapping techniques. However, I chose to consider only 2 sort of them which are often seen as rivals : concept maps and mind maps.

Both techniques can be used by engineers, educators, technical writers, psychologist to organize knowledge.

More precisely, the former are used to structure knowledge by using link between words or phrases (mainly by engineers). They exhibit a hierarchical structure.

… where the latter can be considered as spider diagrams (such diagrams are an extension to Vienn-Peirce diagrams and Euler circles which “express constraints on sets and their relationships with other sets”) and are used mainly for brainstorming and visual thinking.

So what is exactly the difference? Actually both techniques are similar in radial structure but differ in that the latter are simplified by focusing around a single central key concept. That’s the point.

In one hand, concept mapping is rather advantaging logical thinking and tend to be precise and verifiable. In the other hand, mind mapping equally combine logical thinking with creativity in that they are more personal and stimulating.

I found a picture of Philippe Boukobza that summarize the differences and similarities of both approaches but I would like to present you the true benefits of mind mapping.

Both techniques improves comprehension and memorization.

As you may conclude, such approach is useful for:

I hope you found this technique useful and will use it in a near future.

If so, there are several software which can help to to create such mind maps. 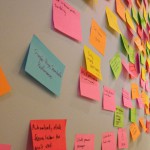 I’m back with a first true post regarding a discipline that I like immensely because of its tendency to be helpful to users, customers, companies… and humanity. You may wonder what I mean by “cognitive science”. That’s why I will explain a bit about this in fashion interdisciplinary field. Fashion in that is the “C” of the NBIC acronym which stands for Nanotechnology, Biotechnology, Information technology and Cognitive science that refers to the converging technologies (and sciences) for improving human performance.

I will first introduce a definition by Jean-Pierre Desclés:

This field is the study of the Mind in relation to its material substrate, the brain. It is understood through both the comprehension of the neurobiological aspects and the modeling of observable “intelligent” behaviors [such as perception, memory or planning].

This study of cognition, by the way of models (logical, mathematical, probabilistic and computer/information model) encompasses the mind-brain relations not only in humans but also in animals and complex computers […].

A little bit of history

Disclaimer: This section is related to history of science and can easily be skipped… but at the cost of  lacking of some interesting deeper understanding of the essence of cognitive science! This field, by nature interdisciplinary, developed through 3 ages and their respective complementary paradigms:

Cybernetics and the formalisation of the “self” idea, from the Macy’s conferences (1946-1953) is the starting point of cognitive studies. It “studies the flow of information in complex artificial systems and natural ones”.

Followed by cognitive science emergence in reaction to the “black box model” of behaviorism (where “psychology can be accurately studied only through the examination and analysis of objectively observable and quantifiable behavioral events, in contrast with subjective mental states“):

I must confess, this description of the evolution is, on purpose, simplistic. Actually it is far more complicated with mutual feedback loop, co-occurence of paradigms, origination from several other theories like structuralism, mediated reference theory and many more. If it was so simple it would not be studied as a standalone speciality! To summarize, in his book The Blank Slate (2002), psychologist Steven Pinker identified five key ideas that made up the cognitive revolution:

From the early stages of its precursor cybernetics, the interdisciplinarity is inherent to the cognitive science. Since its emergence, the field strengthened relations between several fields and generated new topics of research to in fine create new relations between distant fields. At the academic level, cognitive science is constituted of legacy core disciplines those are:

At all levels, the use of formal sciences for description, modeling and simulation (i.e. logic, mathematics, computer science) is compulsory.

In addition to the prominent use of bayesian inference, I should point out the emergence of a bayesian cognitive science where cognitive systems are assumed to behave like rational Bayesian agents in particular types of tasks : “The Bayesian approach assumes that cognition is approximately optimal in accord with probability theory” (Thagard, Paul, Cognitive Science in The Stanford Encyclopedia of Philosophy (Fall 2014 Edition)).

Depending of the topic, more fields can be adjoined such as ethology, information science or educational sciences.

Since its main subject is the study of information processing in either artificial or natural systems, the applications are infinite in this informational world (even intrinsically)!

You may now suppose that fields of application range from improving the coupling between humans and artificial systems to sensory substitution and you are (almost) right.

Actually, cognitive science specialist can encompass careers not only in:

But also in deviated fields:

Another thing I should mention is that such professional profiles are especially valuable in either industry or professional services company. For instance, a cognitive science specialist would make an excellent (techno) functional business analyst in a standard company.

In a well-suited environment, the point is that the cognitive science specialist has the ability to improve both the creativity process and the project efficiency. User-centered design (design thinking, …) allows one to design efficiently. By means of considering human needs at each stage of a project, such specialists reduce the risks of taking the wrong turn (leading to cost overruns).

Let’s tackle the most awaited part of this article!

Due to the diversity of academic curriculum, cognitive scientists and analysts may develop diverse skills. One professional who had a major in cognitive science may become specialized in recommender systems when another may be a specialist in Natural language processing. Specialization apart they share a common set of skills which is, by itself, uncommon right out of university:

As you may conclude, such professionals acquired a specialized theoretical and practical background with a set of well-developed professional skills which allow them to hold critical and leading positions in teams.

With them, your business efficiency will improve and either users or consumers will enjoy a valuable experience.

I hope you really enjoyed this first article. See you soon for a new article. 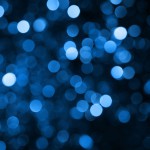 This is the starting point of a new journey…

I start today a new blog intended to share with you some interesting thoughts on trending tech topics, philosophy and science. While having in mind considerations on humanity the posts should have the potentiality to act as a catalyst for your ideas and sparkle your imagination.

I hope that sounds interesting and I will try not to disappoint you.